Determining Whether Canine Aggression is Caused by Fear or Dominance

It has also been discovered that applying dominance-based training methods can actually cause a fearful dog to become more aggressive over time, particularly with family members who are attempting to perform these training methods with the dog. Unfortunately, many of the main-stream and popular television shows and books still promote punishment or physical manipulation (“alpha rolls”, rolling the dog onto its back, short-leashing, and other forms of physical intimidation). As a result, many pet owners are unaware of the dangers involved with these training methods. 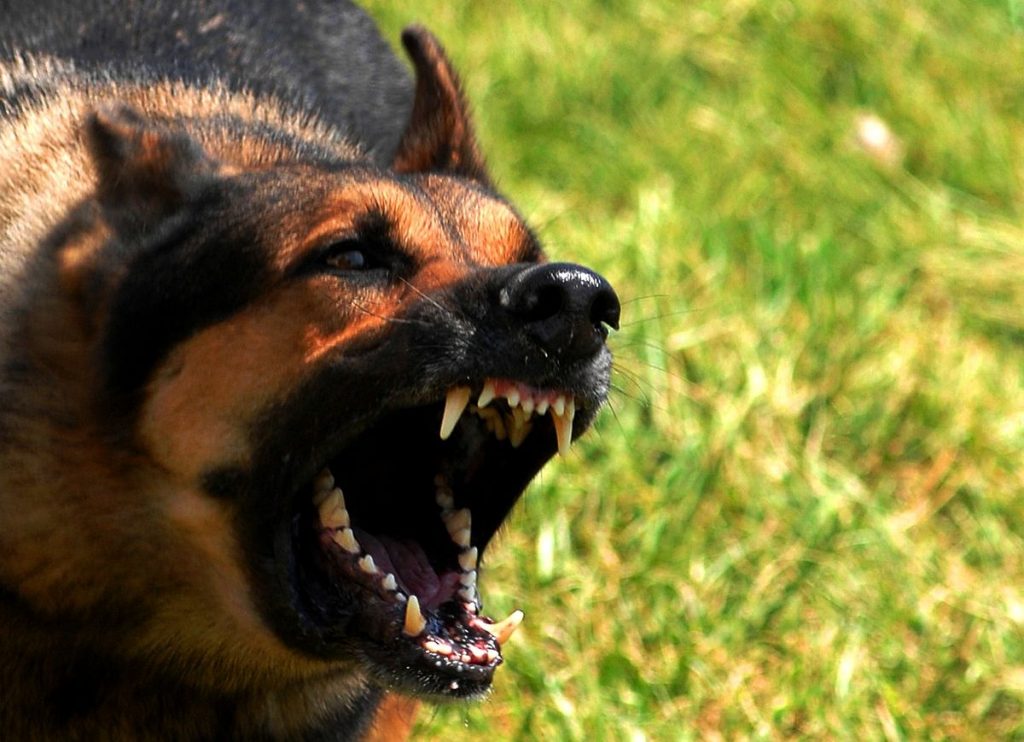 Recognizing Fear in an Aggressive Dog

The first step in being able to determine the cause of canine aggression is to be able to recognize the signs of fear in a dog. Signs of fear may be subtle and difficult to identify. These signs may include:

As the fear escalates, a fearful dog may begin to growl, snarl, lift its lips and display other aggressive behaviors. This type of behavior is commonly misdiagnosed as dominance aggression. However, with experience and careful observation, the signs of fear can be clearly identified in these dogs. 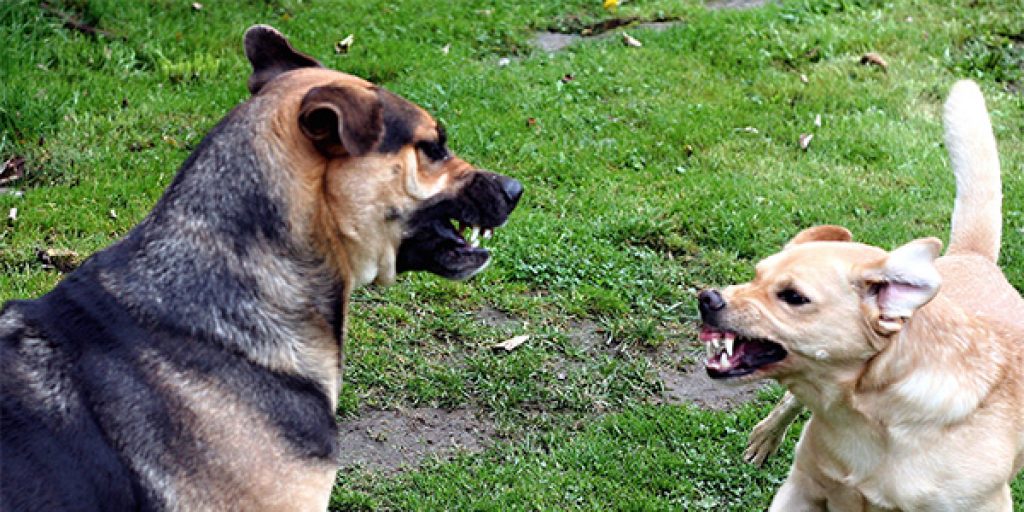 Using dominance-based training methods in fearful dogs is inappropriate because these methods may actually increase the anxiety and fear that these dogs experience, making aggression even more likely to occur. Instead, factors which trigger fearful and aggressive behavior should be identified and avoided, if possible, during the early training stages.

Successfully training a fearful dog starts with teaching the dog an alternative desirable behavior to replace the inappropriate aggressive behavior. In many instances, efforts have been made previously to stop the dog from performing the undesirable behavior of acting aggressively, but no attempt has been made to teach the dog what should be done instead. Fearful dogs should learn the desirable alternative behavior and be able to perform on command and without hesitation before being exposed to a fearful situation, object or environment again, if possible.

If a situation arises where avoidance of the fear trigger is impossible and the dog becomes fearful and aggressive, the proper response is to remove the dog from the situation as quickly and calmly as possible. Pet owners should not attempt to punish the dog for the misbehavior. 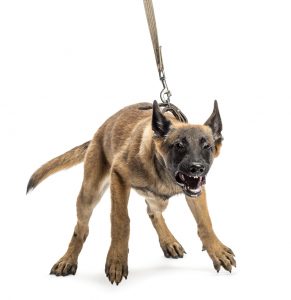 Once the dog has learned the desirable alternative behavior well, reintroduction to the fearful object, situation or environment should take place in a calm, controlled manner. Where possible, the reintroduction should be slow and gradual. Every attempt should be made to slowly and gradually reintroduce the dog to the situation in a fashion in which the dog remains calm and comfortable, without inducing fearful or aggressive behavior.

Simultaneously, the dog owner may ask the dog to “sit” and “stay” while rewarding the dog with treats for performing these commands. At some point, when the dog is comfortable with the situation, the stranger can begin to offer treats to the dog as well, while still assuming a non-threatening manner and not approaching too closely or reaching out for the dog until the dog is calm and comfortable.

Once fear is recognized as the cause for aggression, the key to training a fearful dog is to progress in a slow, step-wise fashion, always attempting to avoid allowing the dog to become fearful enough to display aggressive behavior.

Pet owners must realize that this approach involves time and patience and is not a “quick fix”, but positive training techniques are more successful than dominance-based techniques which involve punishment or physical manipulation or intimidation of a dog. Moreover, positive reward-based training techniques are much safer for both the pet owner and the pet than punishment or other physical manipulation.

This post was last updated on: Sunday, July 18, 2021
SaveSavedRemoved 0
Previous

Grooming Your Pet By Yourself

How Much Does Dog Training Cost?

Added to wishlistRemoved from wishlist 1

How To Teach Your Dog To Play Dead in 7 Steps