How to Treat Your Dog’s Ringworm 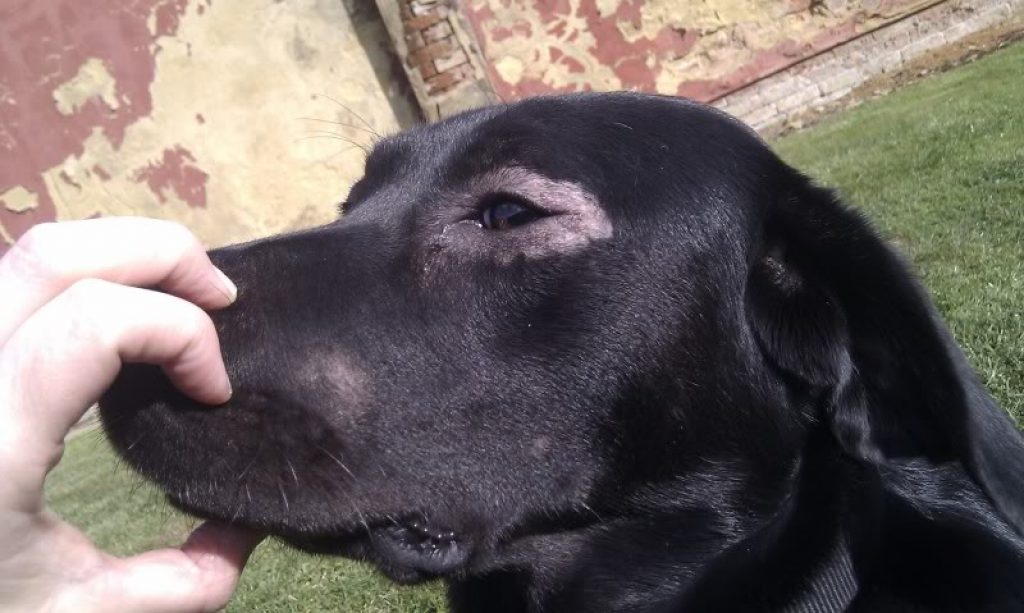 Contrary to the name, ringworm is not caused by worms. In actuality, ringworm (dermatophytosis) is a skin condition caused by a fungal infection, not unlike Athlete’s foot or jock itch.

“It was originally thought that the infection known as ‘ringworm’ was caused by a worm which infected certain animals, and created a circular lesion on an animal when it curled up underneath the skin,” reports RingwormInDogs. “Due to current veterinary technology, we now know that ringworm is caused by a fungal infection, and not by a worm.”There are several species of fungi that cause ringworm, the most common of which are Microsporum canis, Microsporum gypseum, or Trichophyton mentagrophyte, reports PetEducation.

What are the Signs?

Ringworm generally looks like a circle—or ring—on the skin that’s bald, scaly and red. “The fungus lives in hair follicles, causing the hair to break off,” notes Dog-health-guide.org. It thrives in warm, moist areas of the body and appears most on the head, but it can also appear on the legs, feet or tail, says PetEducation.There are, in actuality, several things to look for when diagnosing ringworm. Because it can easily be confused with other skin conditions, it’s important to seek veterinary care when trying to determine what your dog has. Some things to look for include: 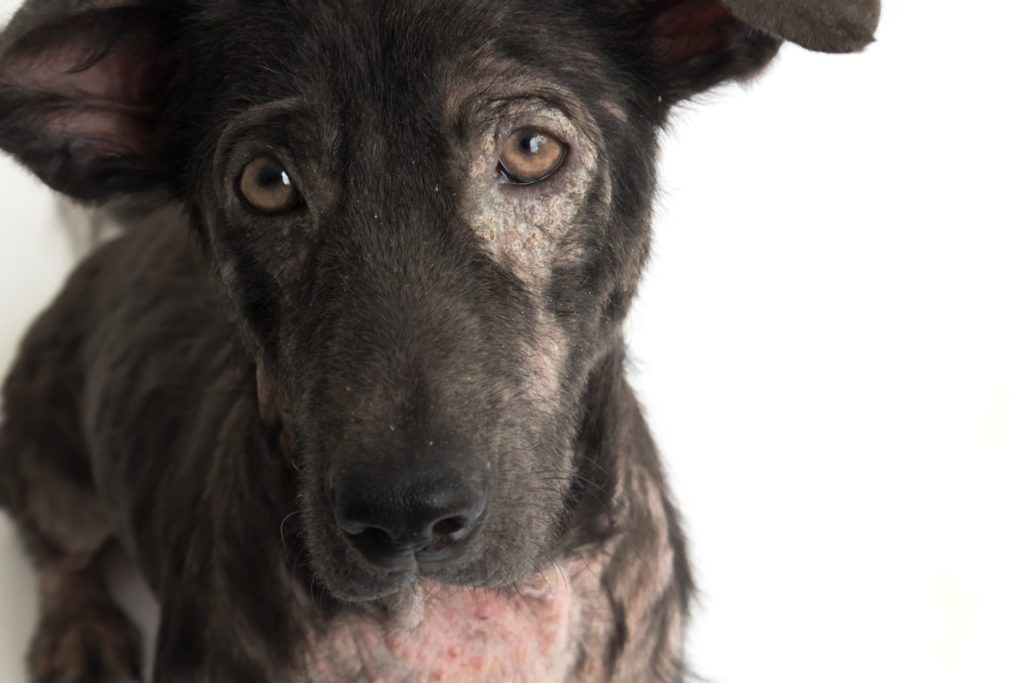 There are a few ways to diagnose ringworm, the easiest of which is probably to shine an ultraviolet light (sometimes called a Wood’s light) on the dog. This method is not completely accurate, though. Because not all forms of fungi show up under the light so only about 50 percent of ringworm infections show u

p under the ultraviolet lamp. “In addition, a healthy animal may have spores on his coat but may not have an active infection,” reports PetEducation.

A veterinarian can pluck hairs of a dog for examination under a microscope to determine if it’s ringworm. In these cases, the hairs on the lesion are examined “using a preparation of KOH (potassium hydroxide solution) to make them more visible. Between 40 percent and 70 percent of the infections can be diagnosed this way,” states PetEducation.Sources agree that the most accurate way to diagnose ringworm is by performing a fungal culture, in which some hairs and scales are tested. These tests do not, however, offer immediate results.

“The advantage of this test is that it not only can confirm ringworm but can tell exactly which species of fungus is present,” Mar Vista Animal Hospital writes on its website. “Knowing the identity of the fungus may help determine the source of infection. The disadvantage, however, is that fungi require 10 days to grow out.”In rare cases, a vet may decide to perform a skin biopsy. “Sometimes the lesions on the skin are so uncharacteristic that a skin biopsy is necessary to obtain a diagnosis,” reports Mar Vista Animal Hospital. “Fungal spores are quite clear in these samples and the diagnosis may be ruled in or out.”

Fortunately, ringworm is not a life-threatening disease. Generally, it’s believed that these lesions heal themselves after several months, but that’s probably not the best solution. First, ringworm can cause a dog discomfort, not to mention cause the dog to look unsightly.Furthermore, ringworm is a condition that can pass easily from species to species—humans included. So, treatment is typically recommended. “There have been several studies which showed that this fungal infection should eventually resolve on its own,” states the Mar Vista Animal Hospital’s website. “Typically, this takes four months, a long time in a home environment for contamination to be occurring continuously.”

It’s important to remain committed to the treatment process your veterinarian prescribes for you. Otherwise, there is a high chance of continuous re-infection in the home, whether that be humans or other pets.There are several options for treating ringworm and the first line of defense is usually a topical anti-fungal cream or ointment. Several options are available through your veterinarian, who may also recommend trimming away the hair around the skin lesions. “Care should be taken when clipping not to irritate the skin, as this may promote spreading of the infection,” cautions PetEduction.

Depending on the vet’s instructions, topical treatments are generally applied a couple times per day. In many cases, the vet may also recommend some medicated shampoos or lime sulfur dips for use in conjunction with the topicals.It’s less likely that a dog will require oral medication, although there are a couple available on the veterinary market should the doctor determine such a need. Generally, this is not the first choice.Regardless of which treatment is prescribed, it’s important to stick with it until the veterinarian determines the infection has cleared up. Just because the animal starts to look better, doesn’t mean all the spores are gone. 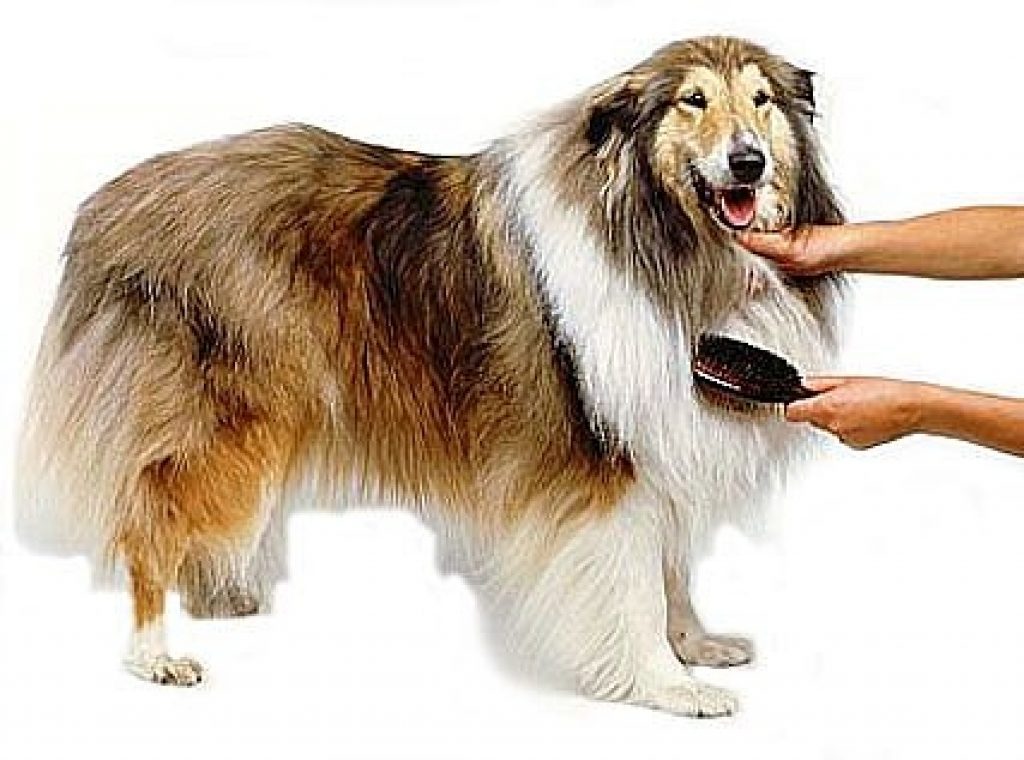 Like all creatures, dogs shed and dogs infected with ringworm are shedding contaminated spores. Brushing and combing an animal with ringworm also further spreads the spores, thus spreading the fungus. Animals and people become infected because of direct contact with a contaminated animal, hair, skin follicles, grooming equipment, clothing, bedding and so on. Dogs can pick up fungus nearly anywhere dogs and/or cats have been, including parks, kennels, veterinary clinics, homes of friends—even from pet parents unknowingly petting a ringworm-positive animal and then petting their own pets.

Unfortunately, fungal spores can live for a long time, so even when a dog or cat has cleared up, a problem might still be present in the house. “Spores from infected animals can be shed into the environment and live for over 18 months,” reports PetEducation.Treating the home can present challenges because nothing is completely effective and this is especially true in multi-pet households.For starters, thoroughly clean hard surfaces such as floors, countertops, window sills and so on with a disinfectant. Many people use bleach with a diluted ratio of 1:10, but this doesn’t kill all of the spores. To supplement that, vacuum, steam clean or dryclean carpets, rugs, upholstery and draperies. After vacuuming, throw away the bag.

While treating fungus can be a little laborious—if not a little icky at times—the good news is that while ringworm always presents a threat, it’s not a disease that’s running rampant in the canine community. It’s more likely to turn up in cats, though puppies and their developing immune systems are more susceptible than adults.“Most healthy dogs do not carry spores on their skin or hair,” reports PetEducation. “The incidence of ringworm infections in dogs is actually quite small. In one study of dogs that had active skin problems, less than 3 percent had ringworm.”And because most of the symptoms are clearly visible, pet parents can usually catch the signs early and take their pets to a veterinarian right away, making treatment easier and preventing further spread of the fungus. 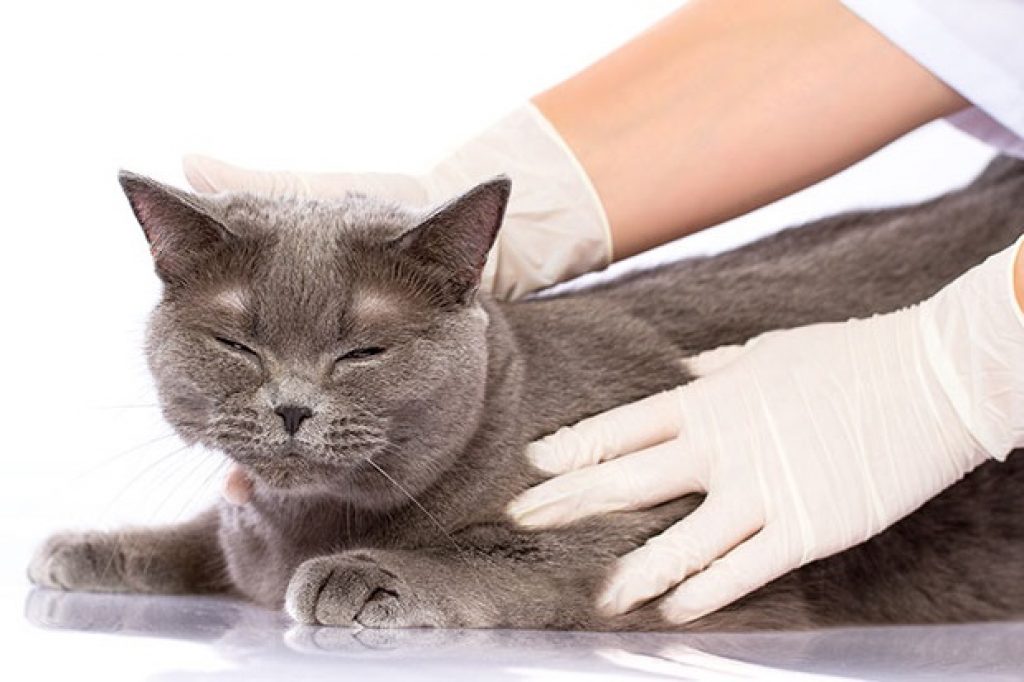 This post was last updated on: Wednesday, July 21, 2021
SaveSavedRemoved 0
Previous

How to train your dog to stop eating poop

How to treat your dog for bubonic Plague

This is Dianne Simons, and this is a short description of me. I am an author at ilovedofriendly.com, pet veterinarian and dog afficionado. I publish regular posts regarding dog related health topics as i have spent my whole life exercising it. My passion for our beloved companions go beyond this website as i run my own verinary center in Idaho

How To Treat Your Dog’s Abscessed Tooth